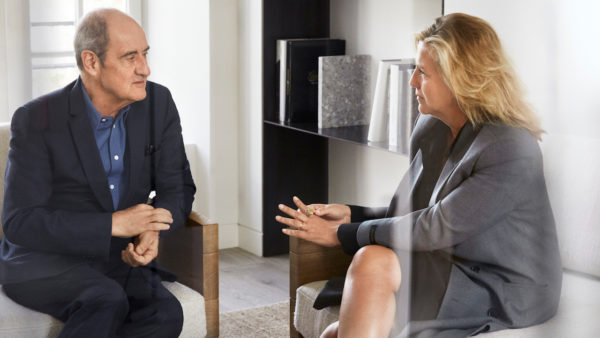 What do you remember about the launch of Women In Motion in 2015?

Pierre Lescure: It was my first year as President of the Festival, and it felt like I had received a highly symbolic gift. To see Kering installed on the other side of the Croisette, on the top floor of the Majestic, hosting its talks about the situation of women in cinema throughout the festival was wonderful. In particular, I remember Jodie Foster highlighting the difficulties involved in the fight for equal pay as a woman, and the challenge of establishing her place in the Hollywood system. It wasn’t just a demand, it was about highlighting a subject that previously hadn’t often been discussed. Kering made a real contribution to this issue, in the way that it’s understood and recognized. It should be an inspiration for others!

Valérie Duport: The idea came from a conversation between the festival organizers and François-Henri Pinault. Women have always been at the heart of our commitments and actions at Kering, and the cinema industry immediately seemed to us to be an ideal sounding board, a way of extending our engagement to the world of culture and the arts. It wasn’t about putting our logo on a poster – we wanted to provide real meaning and content. And it all came together in a natural way.

What has been the outcome of the program since the first edition?

PL: The program’s organizers have been intelligent in wanting to turn a spotlight on the disparities and unequal treatment that women suffer from – long before all the scandals broke. Women In Motion existed three years before the Weinstein affair. Of course, movements like #MeToo and TIME’S UP have accelerated things for women – and not just about their place in the movie industry, but also in terms of the violence inflicted on women, both in the cinema world and elsewhere. Since then, everyone has been able to delve into the statistics – and see the small number of women directors who have been selected for Cannes over the past 72 years, and the unequal pay of those working in the different professions and trades in the cinema industry. All of these subjects have been discussed by Women In Motion since it started.

VD: Today, the question of gender balance has become an issue for the whole planet, covering all aspects of life, and things are beginning to move. Of course, it’s a great source of satisfaction to have helped to change people’s mindsets. We are also proud to have provided practical support to female directors thanks to our Young Talent Award. And to look beyond the achievements so far, we have just announced that we will renew our partnership for five years. For us, this is not the end of the road.

PL: This renewal clearly shows that we are in this for the long term, and that we will have a 10-year history together. That’s a lot. When we look back again at the outcome of the program, we will be able to see everything that has changed, as a result of highlighting women’s contribution to cinema at the world’s biggest film festival.

Do you think that quotas are needed?

PL: Yes, quotas make sense. Unless you get the numbers right, it’s just not efficient. Thierry Frémaux has set up a gender-balanced selection committee, and this year there are four women and four men on the jury, which is led by Alejandro Inarritu. It’s all a choice. You just have to make it.

VD: At first, I was against the idea. But today, from a personal point of view, I think it has to happen if things are going to change. Otherwise, women will never have access to production budgets as high as those for men, and that’s what really counts. We could drop the quotas when they are no longer needed.

For each of you, what has been the standout moment of the previous editions?

VD: As a general point, I have been struck by the increasing strength of the program – which is now a key feature of the festival.

If I had to choose a single image, it would be of the 82 women who joined us last year on the terrace of the Majestic, having walked up the steps in front of the whole world. It was a true moment of sisterhood, and a great source of energy.

PL: A sense of sisterhood that moved us, and that inspires us more than a year afterward, when I think of Agnès Varda and Cate Blanchett on the steps, surrounded by those 80 women – the icons, the new faces, the stars, the unknown ones… Every profession and trade in the cinema industry was represented. That picture was seen around the whole world! I also remember Susan Sarandon and Geena Davis being honored at the second Kering dinner in 2016. Together, they represented the power of women to demonstrate their freedom through film. They are great, committed actresses, and they will never give up!

To finish, do you have a crazy wish?

VD: A second Palme d’Or awarded to a woman!

PL: The hope is that, at the end of our second partnership contract, before signing the third one… we can start a new initiative, because we will already have achieved the irreversible figure of 50/50. The movement is underway and nothing can stop it. But we will not succeed there with just a flick of the fingers. 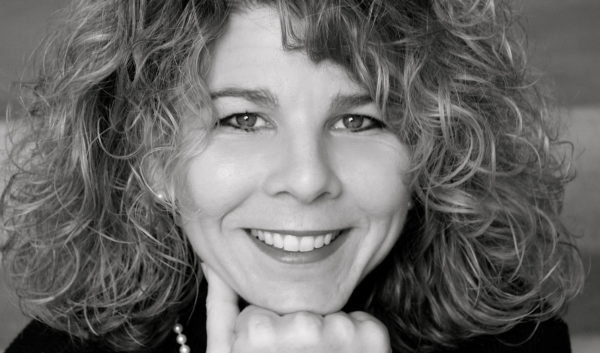